The Town Hall Tower, completed in 1448, is the principal landmark of the town of Znojmo. It was an indispensable watchtower, from which any movement of enemies in the town surroundings could be seen, and also a communication link between the fortification towers.

After the unsuccessful siege of the town of Znojmo by the Hussite forces in 1425 this prismatic tower was rebuilt and in 1513 modernised. In the 17. and 18. centuries a firing range of guardsmen of the town of Znojmo was situated on the   “parkán” under the tower (an area in front of fortification protected by a lesser wall). At the end of the 19. century the tower was adapted for the necessity housing.

The Wolf Tower is the most massive prismatic tower of the town of Znojmo fortification. It guarded the most important entrance into the town – Lower (or Vienna) Gate. In case of danger the tower garrison was able by means of agreed signals to communicate well with defenders of the Loucký monastery. The current state the roof is not original; it dates back to the sixties of the 20. century.

The perfectly preserved cylindrical tower from the epoch of the reign of the King Přemysl Otakar II. had even in 1870 the original roof. In the seventies of the last century it was reconstructed and simultaneously the original dentil was renovated.

The low cylindrical tower was built in the most southern end of the third belt of the town fortification probably after the unsuccessful siege of the town of Znojmo by the Austrian and Hungarian troops in 1404. At the end of the 16. century the upper area was adapted for the watchtower, where the fortification cannon was installed in the time of threat. Today the lookout is placed here. The exhibition of historical weapons and armours is housed inside the tower.

The incompletely preserved prismatic tower, which creates the rectangular southern outside corner of the whole Medieval town fortification. In the 18. century the gunpowder was stored in the tower (there comes its name). The gunpowder exploded in 1768 and ruined the tower. The exposition of History of the Znojmo fortification is housed in the tower. 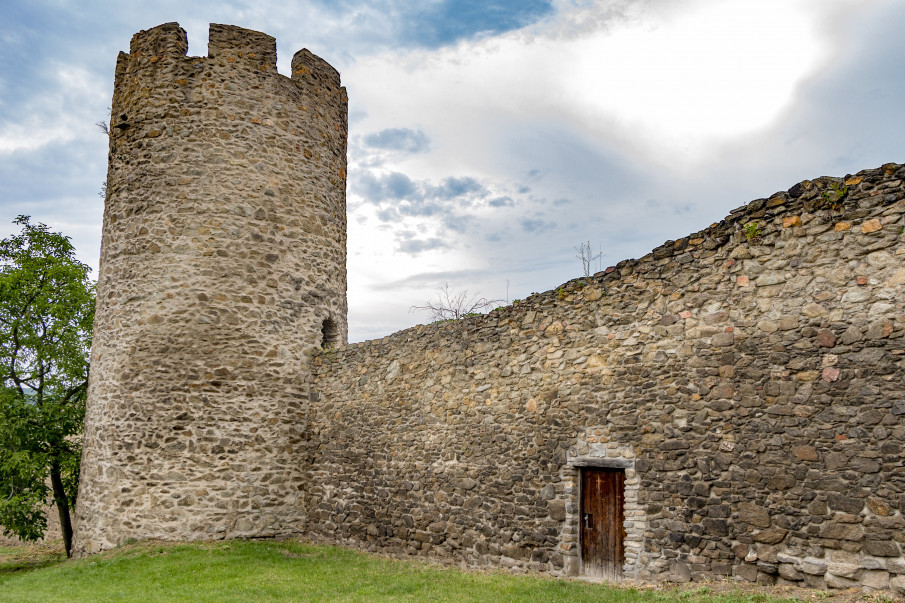